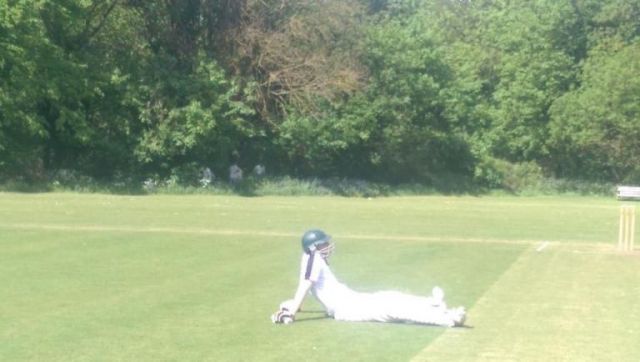 The Badgers made it two wins from two with a regulation victory over London Itinerants. Big runs from Ben Cornish and bowling tighter than Nick Foord’s nipple-displaying training top ensured a comfortable win by 134 runs.

In stark contrast to last year’s deluge, the sun came out to play for at least half the match, pleasing the Badger openers, who this time didn’t have to cope with balls splashing as they pitched. Indeed, Martin Cloke, basking in the glory of his ‘Most-improved Badger’ award from the previous season, sent the crowd into early raptures with six runs from the first two balls of the innings. Serious questions had been levelled at Cloke, with his attendance at this year’s social events currently standing at zero, but he won the crowd back on side with imperious shot-selection and commendable good grace when finally adjudged LBW.

That scintillating start gave way to steady accumulation, laying the foundations for the Cornish G’day which followed. Coming in at 4, he swatted the bowling around with disdain, hoisting ball after ball into the undergrowth. Electing not to help with each search, he simply lay back on the pitch humming the sweet sweet music of the Kylie and Jason to soothe his mind and prepare his limbs for the next batting eruption. 90 Cornish runs and five lost balls later, the Badger innings came to a close at 215/3 from their 35 overs.

With a beer garden waiting just minutes down the road, the Badgers were keen to bring about an early end to the game – partly to give captain Mackrell another victory and partly so that they could change into their purchases from the new Badger clothing line and show them off to the Barnes fashionistas. Hamblin and Dollimore both obliged, claiming three wickets apiece and decimating the Itinerants’ line-up before it could get going. Good shape from Foord (see paragraph 1), an electric run-out from Mackrell and two final wickets for Shone wrapped up the win with plenty of time to spare.

The only sad note was that Mcluskey wasn’t able to join the bowling attack and showcase his Mcluskabombs. The reason? He injured his ankle while pissing in the woods.